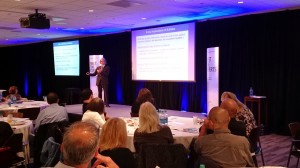 END_OF_DOCUMENT_TOKEN_TO_BE_REPLACED

This week we wanted to take a deeper dive into the recent PISA financial literacy assessment by looking at the test framework and reviewing a snapshot of student performance across the 18 countries that participated.

What is Financial Literacy? – PISA Definition

The Students and Money Framework

END_OF_DOCUMENT_TOKEN_TO_BE_REPLACED

The OECD PISA international assessment of financial literacy released last week reveals that around one in seven students in the 13 OECD participating countries and economies are unable to make even simple decisions about everyday spending, and only one in ten can solve complex financial tasks.

So, to answer the question posed in this post’s title: Not very high.

What was this study about?

END_OF_DOCUMENT_TOKEN_TO_BE_REPLACED

If you’ve ever wondered if a new teaching strategy, school improvement program, or educational policy actually works from an evidence-based perspective, then consider subscribing to the What Works Clearinghouse (WWC) Study Review series.  Every month (roughly) the WWC releases short (two-page) reviews of important educational studies by describing the intervention and the findings.

These high level snapshots of research are a quick read and point you to deeper information about the study’s details.  In addition – and this is the big value-add! – the WWC provides a rating of each study based on the scientific quality of the research design and analysis.

END_OF_DOCUMENT_TOKEN_TO_BE_REPLACED

This post is by guest writer Laura Choi, who is a Senior Research Associate with the SF Fed’s Community Development department.  Laura researches a variety of issues aimed at improving economic opportunities for low- and moderate-income communities.  Read her full bio here.

With graduation season upon us, it’s a great time to get your students thinking about the future. There’s no question that a college degree is becoming more and more of a necessity in today’s economy. A recent Econcepts blog post highlighted new research from the SF Fed showing that a college degree is a worthwhile investment for the average student as it leads to higher lifetime earnings.

At the same time, the news is filled with stories of individuals struggling to repay their student loans, and President Obama just announced new executive actions to “lift the burden of crushing student loan debt.”

But student debt doesn’t have to be crushing or scary, and a little information can go a long way in helping students make sound financial decisions when it comes to financing higher education.

Here are a few ideas that can help your students get a better understanding of student debt.

END_OF_DOCUMENT_TOKEN_TO_BE_REPLACED

Has the high cost of college tuition discouraged your students from considering college a viable option? A new study from our researchers here at the SF Fed suggests that a college degree is still a great investment for the average student.

Three Reasons to Get that Degree

1.  Higher Annual Earnings: Although common knowledge, it’s worth repeating – college graduates, on average, out earn high school graduates year in and year out. In 2011, the difference between annual wages of someone with a four-year degree and a person with a high school degree averaged $20,050. That’s a 61% earnings “premium” for having a college degree (see chart below). 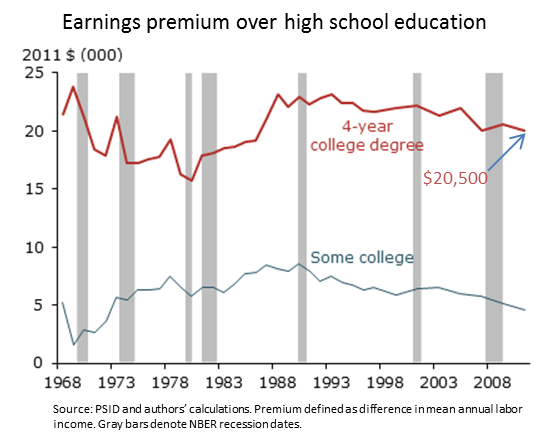